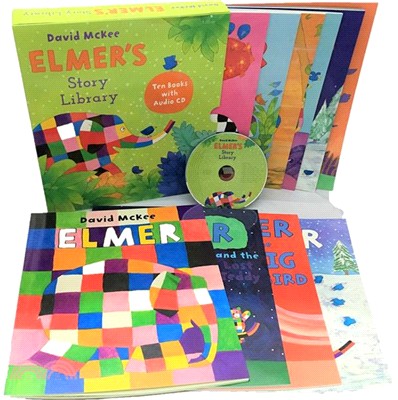 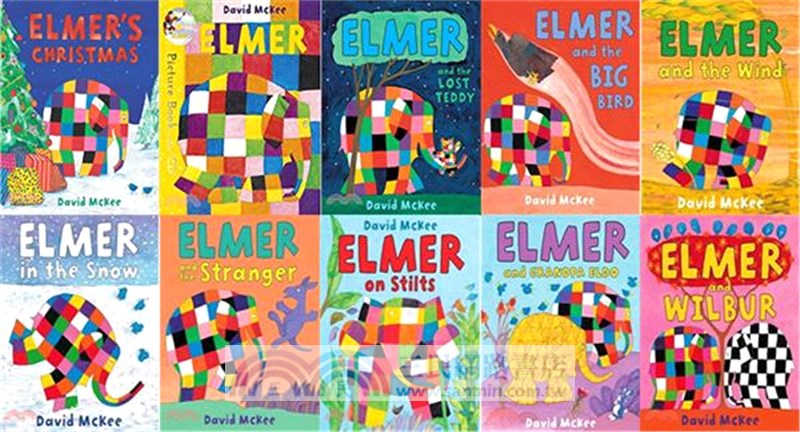 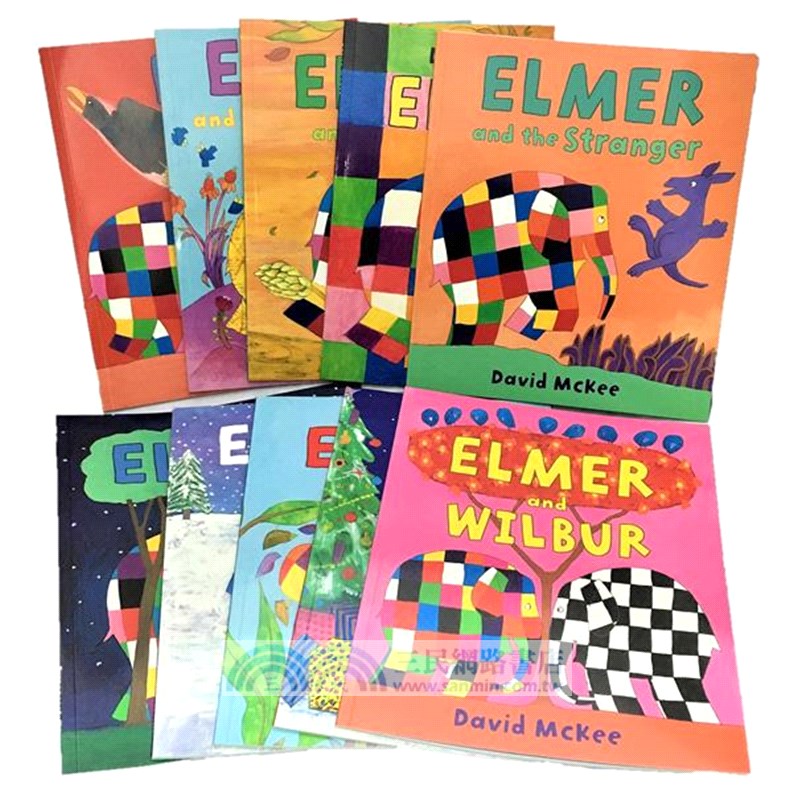 Elmer titles would be these:

1. Elmer
Elmer the colourful patchwork elephant has been a nursery favourite since this first book was published in 1989. A modern classic, with over two million copies sold worldwide, Elmer's subtle message, that it is ok to be different, resonates with children across the world.

2. Elmer and Grandpa Eldo
Elmer is on his way to visit his Grandpa Eldo. He has great fun reminding Eldo of all the things they used to do together, but is Eldo quite as forgetful as Elmer thinks? He may be old but he is an elephant, after all, and elephants never forget. Do they?

3. Elmer and the Big Bird
One day, Elmer notices that there are no birds around. How strange! Soon he finds them hiding from the nasty bully bird in a nearby cave. The bully bird is mean and likes to frighten the little birds.

4. Elmer and the Lost Teddy
Baby Elephant can't sleep because he has lost his teddy, so Elmer sets off to look for it. Eventually Elmer hears a voice shouting 'Help! I'm lost!' Can Baby Elephant's teddy talk, or is Wilbur playing a trick on Elmer, as usual?


5. Elmer and the Stranger
Is there a difference between a bounce and a jump? Kangaroo thinks there is, and he is very concerned he is going to look silly in the upcoming jumping competition, until Elmer helps him discover that the one will do just as well as the other.

6. Elmer and the Wind
Aided and abetted by his ventriloquist cousin, Wilbur, Elmer pretends to be blown away on the windiest day. They make fools of the other elephants, but when the laughter dies down, Elmer reassures them that a heavy elephant is safe in the worst of gales. When he tries to prove it, much to his surprise, he really does get blown away!

7. Elmer and Wilbur
Elmer loves practical jokes, but so does his cousin Wilbur. Until, that is, Elmer has an idea which brings Wilbur back down to earth, in more ways than one...

8. Elmer in the Snow
At the first hint of a chill in the air, Elmer's friends start complaining about the cold, so Elmer decides to show them what cold weather is really like. They set off for a walk up a mountain, and the higher they get, the colder it gets. A good snowball fight at the top warms them all up, but the elephants agree that compared with the freezing mountain top, their home is not really that cold at all.

9. Elmer on Stilts
The hunters are coming and all the elephants are worried. Elmer, the patchwork elephant, comes up with a plan to outwit the hunters but things don't turn out quite as planned...

10. Elmer's Christmas
It's two days before Christmas Eve, the night Papa Red visits, and the young elephants are very excited. They choose a tree to decorate and prepare the presents for Papa Red to collect during the night to take to those who need them. But this year Elmer has a special treat in store for the young elephants, if they can keep quiet and out of sight... 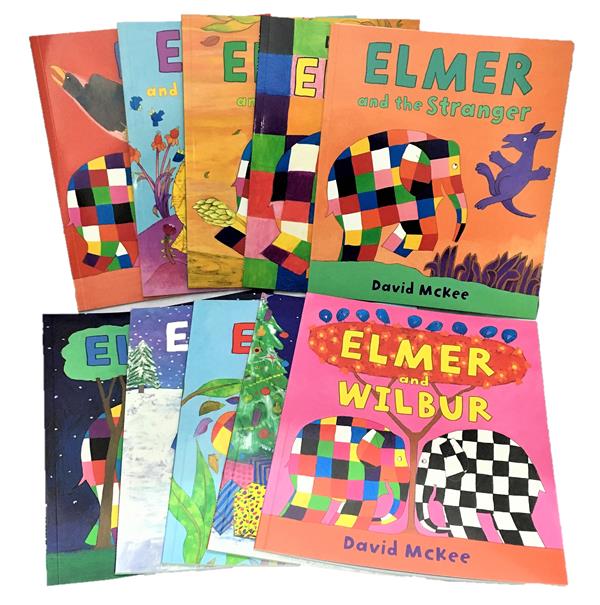 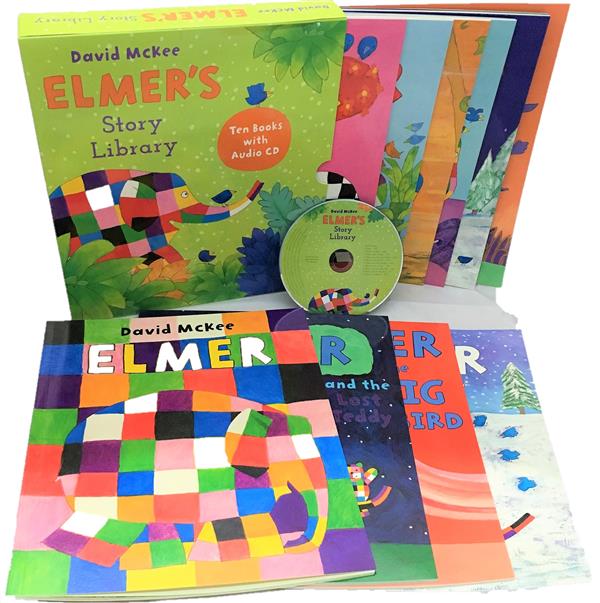