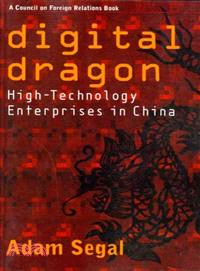 During the economic reforms of the last twenty years, China adopted a wide array of policies designed to raise its technological capability and foster industrial growth. Ideologically, the government would not promote private-ownership firms and instead created a hybrid concept, that of "nongovernmental enterprises" or minying qiye. Adam Segal examines the minying experience, particularly in high technology, in four key regions: Beijing, Shanghai, Xi'an, and Guangzhou.

Minying enterprises have been neither clear successes nor abject failures, Segal finds. Instead, outcomes varied: though efforts to create a core of innovative high-tech firms succeeded in Beijing, minying enterprises elsewhere have languished. He points to variations in local implementation of government policies on investment, property-rights regulation, and government supervision as a key to the different outcomes. He explains these peculiarities of implementation by putting official decisions within their local contexts. Extending his analysis, he compares the experience of creating technology enterprises in China with those of Korea (the chaebol system) and Taiwan (enterprise groups).

Based on interviews with entrepreneurs and local government officials, as well as numerous published primary sources, Digital Dragon is the first detailed look at a major Chinese institutional experiment and at high-tech endeavors in China. Can China become a true global economic power? The evolution of the high- technologies sector will determine, Segal says, whether China will become a modern economy or simply a large one.