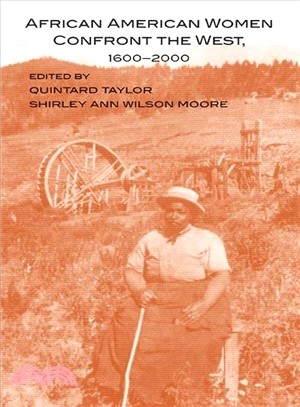 Reconstructs the history of black women’s participation in western settlement

?A stellar collection of essays by talented authors who explore fascinating topics.”?Journal of American Ethnic History

African American Women Confront the West, 1600?2000 is the first major historical anthology on the topic. The editors argue that African American women in the West played active, though sometimes unacknowledged, roles in shaping the political, ideological, and social currents that have influenced the United States over the past three centuries.

Contributors to this volume explore African American women’s life experiences in the West, their influences on the experiences of the region’s diverse peoples, and their legacy in rural and urban communities from Montana to Texas and from California to Kansas. The essayists explore what it has meant to be an African American woman, from the era of Spanish colonial rule in eighteenth-century New Mexico to the black power era of the 1960s and 1970s.