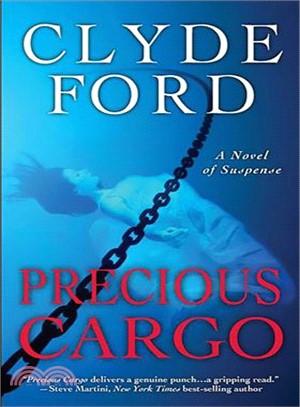 Charlie Noble, former coast-guard-officer-turned-marine-PI, is back. This time, he is hot on the trail of a human trafficking scheme that begins in Mexico...and ends in murder.

Still reeling from the untimely death of his wife, Charlie begins to warm to the idea of a second chance at true love with new girlfriend Kate Sullivan. These plans are quickly docked when boating friends Marvin and Angela Baynes come to him with a horrifying discovery—the body of an unidentified young woman impaled on the flukes of their boat anchor. The Bayneses themselves lost a child years ago. No stranger to loss, Charlie finds it impossible not to help them—even though it could mean putting his new romance in jeopardy.

Charlie enlists a friend, Raven, a Native American salvage diver. Together, the pair plunge beneath the waters of Puget Sound to seek out any clues about the identity of the dead woman and how she wound up there. But they find more bodies instead—all young, all female, all Hispanic. Soon Charlie finds himself navigating a course that leads him through the choppy waters of transporting human cargo, and right into the seedy underworld of the Northwest’s sex trade.

With its fresh, nautical flavor, riveting mystery, and incredible depth of humanity, Precious Cargo is a winner from Clyde Ford that is truly unique—and compulsively readable.

In 2006, Clyde Ford received the prestigious Zora Neale Hurston/Richard Wright Legacy Award in contemporary fiction and the Independent Publishers Award (IPPY) for Best Thriller. He is a much sought-after public speaker with frequent appearances at bookstores, educational institutions, business and professional associations, and civic organizations around the country. Over the past twenty years he has participated in hundreds of media interviews and has appeared on the Oprah Winfrey Show, New Dimensions Radio and National Public Radio to discuss his writing and work. Clyde lives in Bellingham, Washington, where he writes and enjoys cruising the waters of the Inside Passage aboard his single-engine biodiesel trawler.