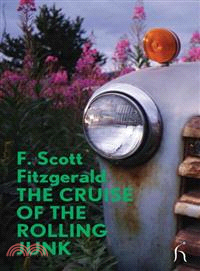 Tales of Scott and Zelda roadtripping, finally back in print
In an early series of journalistic pieces for Motor magazine, F. Scott Fitzgerald described a journey he took with his wife Zelda from Connecticut to Alabama in a clapped out automobile which he called the "Rolling Junk." It is a piece of writing whose style, in free-ranging alternation of fact and fiction, has been compared to Jerome K. Jerome's Three Men in a Boat. This book collects together the articles as one text, illustrated with the original illustrations of Fitzgerald, Zelda, and the "Junk."
F. Scott Fitzgerald (1896-1940), one of America’s greatest novelists, encapsulated the ethos of a generation in his fiction. His acknowledged masterpiece, The Great Gatsby, stands as one of the high points of 20th-century literature. Paul Theroux is an award-winning travel writer and author whose books include Dark Star Safari, A Dead Hand, and Hotel Honolulu.
PrevNext