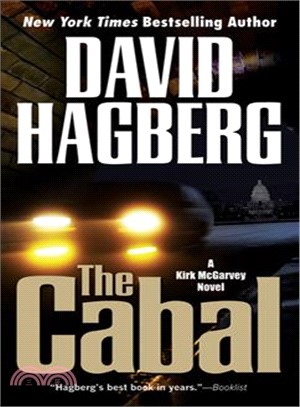 CIA operative Todd Van Buren meets with Joshua Givens, a Washington Post investigative reporter who has uncovered a dangerous secret. Givens suspects that a lobbyist has formed a shadowy group called the Friday Club, whose members come from the White House, the Pentagon, Homeland Security, the FBI, and even the CIA. The journalist is convinced that the cabal is powerful enough to topple the United States . . . and he’s terrified.

That afternoon, Van Buren—son-in-law of legendary spy Kirk McGarvey—is gunned down. That evening, Givens and his family are killed. Anything that might reveal the existence of the Friday Club is destroyed.

A devastated McGarvey is about to be drawn into the most far-reaching and perilous investigation of his career, one that could paralyze the government and shake the foundations of the world financial order.

David Hagberg has published numerous novels of suspense, including his bestselling thrillers featuring former CIA director Kirk McGarvey, which include Abyss, The Expediter, and Allah’s Scorpion. He has earned a nomination for the American Book Award, three nominations for the Mystery Writers of America Edgar Allan Poe Award and three Mystery Scene Best American Mystery awards. He has spent more than thirty years researching and studying US-Soviet relations during the Cold War. Hagberg joined the Air Force out of high school, and during the height of the Cold War, he served as an Air Force cryptographer. He attended the University of Maryland and University of Washington. Born in Duluth, Minnesota, he now lives with his wife Laurie in Sarasota, Florida.
PrevNext