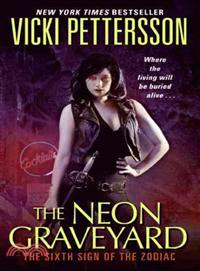 Once she was a soldier for the Light, the prophesied savior who would decide the outcome of the eternal conflict raging unseen in the dark corners of her glittering hometown. Now Joanna Archer is just another mortal?still born of an impossible union of Shadow and Light . . . still hunted by both?and carrying the unborn child of a lover held captive by a depraved demon goddess. Joining forces with a band of rogue Shadow agents, Joanna's ready to storm the stronghold of her demonic foe, risking everything to enter this ghastly, godforsaken realm where the price of admission is her eternal soul. Because in a world that has stripped her of her power, identity, and fortune, Joanna has nothing left to lose?except her baby, her future, and the epic war poised to consume the city.