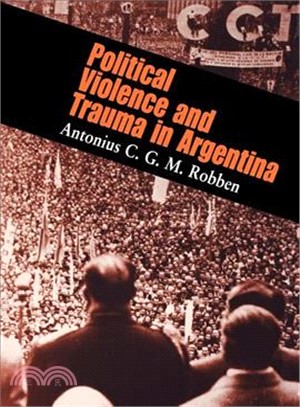 In this work of superior scholarship, Robben analyzes the historical dynamic through which Argentina became entangled in a web of violence spun out of repeated traumatization of political adversaries. This violence-trauma-violence cycle culminated in a cultural war that "disappeared" more than ten thousand people and caused millions to live in fear. Political Violence and Trauma in Argentina demonstrates through a groundbreaking multilevel analysis the process by which different historical strands of violence coalesced during the 1970s into an all-out military assault on Argentine society and culture.

Antonius C. G. M. Robben is Professor of Anthropology at Utrecht University. His books include the edited volumes Fieldwork Under Fire: Contemporary Studies of Violence and Survival (with Carolyn Nordstrom) and Cultures Under Siege: Collective Violence and Trauma (with Marcelo Suarez-Orozco).
PrevNext