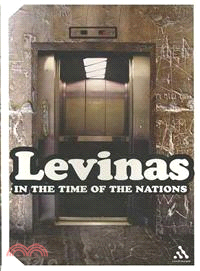 In this major collection of essays, Emmanuel Levinas, a leading philosopher of the 20th century, considers Judaism's uncertain relationship to European culture since the Enlightenment, problems of distance and integration. The book includes five Talmudic readings from between 1981 and 1986, essays on Franz Rosenzweig and Moses Mendelssohn, and a discussion with Francoise Armengaud which raises questions of central importance to Jewish philosophy in the context of general philosophy. This work brings to the fore the vital encounter between philosophy and Judaism, a hallmark of Levinas's thought.
Emmanuel Levinas (1906-1995) was a leading philosopher and Talmudic commentator.
Michael B. Smith is Emeritus Professor of French and Philosophy at Berry College, USA.
PrevNext