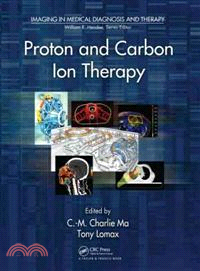 C.-M. Charlie Ma is a professor, the director of radiation physics, and the vice chairman in the Department of Radiation Oncology at Fox Chase Cancer Center in Philadelphia. Dr. Ma is an active member of the American Association of Physicists in Medicine, the American College of Medical Physics, the American Society for Therapeutic Radiology and Oncology, the European Society for Therapeutic Radiology and Oncology, and the Canadian Organization of Medical Physicists. An internationally recognized expert in the physics of intensity modulated radiation therapy and image-guided radiation therapy, he has lead research focused on laser-accelerated proton beams for radiation therapy and other advanced radiotherapy treatments.

Tony Lomax is the head of medical physics in the Center for Proton Therapy at Paul Scherrer Institute in Zurich. Dr. Lomax is on the editorial board of the European Journal of Medical Physics and is an active member of the American Association of Physicists in Medicine and the European Society for Radiotherapy and Oncology. His research interests include the medical physics aspects of proton therapy, treatment planning, optimization and robustness analysis for treatment plans, image guided therapy, and motion management.