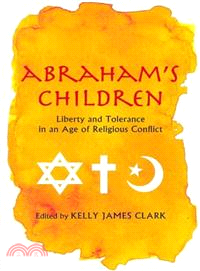 Scarcely any country in today's world can claim to be free of intolerance. Israel and Palestine, Northern Ireland, Sudan, the Balkans, Pakistan, India, Sri Lanka, and the Caucasus are just some of the areas of intractable conflict apparently inspired or exacerbated by religious differences. Can devoted Jews, Christians, or Muslims remain true to their own fundamental beliefs and practices, yet also find paths toward liberty, tolerance, and respect for those of other faiths?

In this vitally important book, fifteen influential practitioners of the Abrahamic religions address religious liberty and tolerance from the perspectives of their own faith traditions. Former president Jimmy Carter, Rabbi Arik Ascherman, Indonesia’s first democratically elected president, Abdurrahman Wahid, and the other writers draw on their personal experiences and on the sacred writings that are central in their own religious lives. Rather than relying on "pure reason," as secularists might prefer, the contributors celebrate religious traditions and find within them a way toward mutual peace, uncompromised liberty, and principled tolerance. Offering a counterbalance to incendiary religious leaders who cite Holy Writ to justify intolerance and violence, the contributors reveal how tolerance and respect for believers in other faiths stand at the core of the Abrahamic traditions.

Kelly James Clark is Senior Research Fellow at the Kaufman Interfaith Institute at Grand Valley State University in Grand Rapids, Michigan. He is author or editor of more than twenty books, including The Story of Ethics and Return to Reason.