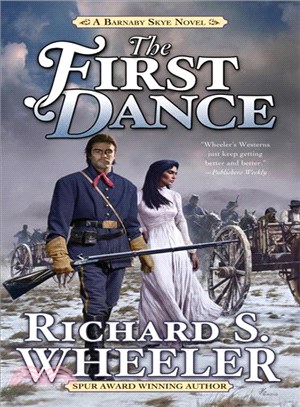 Miles City, Montana, 1885. Barnaby Skye’s mixed-blood son, Dirk, has just married a beautiful Metis girl, Therese, but his position as a civilian translator for the U.S. Army threatens to shatter their union. When Dirk is forced to serve in the brutal campaign between Montana’s disgruntled cattle ranchers and the native Metis people, a distraught Therese flees—on their wedding night.

Though they have been torn apart, Therese and Dirk share a powerful bond and a common cause: the desire to help the displaced Metis find a home. Their love pulls them toward reconciliation and new hope for Therese’s people.

Richard S. Wheeler is the author of more than fifty novels of the American West. He holds six Spur Awards and the Owen Wister Award for lifetime contributions to the literature of the West. He lives in Livingston, Montana, near Yellowstone Park, and is married to Sue Hart, an English professor at Montana State University in Billings.