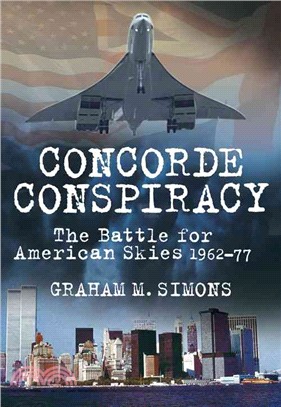 An in-depth look at the political machinations involving the Concorde conspiracy, with inside information from CIA records and?JFK and LBJ Presidential libraries
?
The story of Concorde and the American Supersonic Transport (SST) project is one of spies, lies, arrogance, deceit, and presidential hatred. Americans were initially dismissive of Anglo-French efforts, then seen as arrogant, believing other countries incapable of completing the project. When President Kennedy said "Make it happen, make it bigger, make it faster," he might have added "make it to beat my presidential rival in France." This the story of?10 years of behind the scenes political intrigue, the author making use of inside information from two U.S. presidents, the CIA, and the Federal Aviation Authority.
Graham Simons is an aviation writer and historian. His titles include Mosquito:
The Original Multi-Role Combat Aircraft and Valkyrie: The North American XB-70.
PrevNext