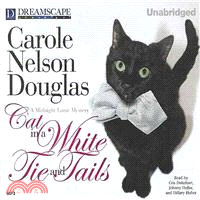 READER BIO
An award-winning storyteller and a graduate of Johns Hopkins University, Cris Dukehart has narrated books across genres, from romance, science fiction, and young adult to children's literature, non-fiction and autobiography. Her voice can be heard around the world and across the Web.

Johnny Heller has narrated hundreds of titles. He is a 2009 and 2005 Audie Award winner, and Publishers Weekly named him a 2008 & 2009 Listen Up winner. AudioFile Magazine named him a Best Voice of 2009 and 2008 and one of the top 50 voices of the 20th Century. He is a multiple Golden Earphone Award winner. A veteran stage, television and commercial actor, Johnny is also a stand up comic, author and playwright.

Multiple Audie nominee, Earphone Award winner, and one of Audiofile’s Best Voices of 2010, Hillary has been narrating audiobooks since 2006 and has done close to 100 titles. She records on a regular basis in her studio in Santa Monica, CA, as well as with other producers. Her narration consistently garners glowing reviews. “Hillary Huber’s narration is lyrical enough to be set to music.” (Audiofile)
PrevNext