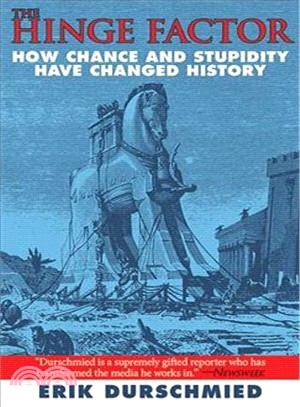 From the wooden horse at Troy to a harrowing photograph snapped in Vietnam, from Robert E. Lee’s lost battle plans to the evacuation of Dunkirk, world history has been shaped as much by chance and error as by courage and heroism. Time and again, invincible armies fall to weaker opponents in the face of impossible odds, when the outcome had seemed a foregone conclusion. How and why does this happen? What is it that decides the fate of battle?

Writing with the style and flair that has made him an award-winning war correspondent, Durschmied takes us through the major battles of history, from the battlefields of ancient Greece to the Gulf War. In a series of gripping narratives, he vividly recreates the crucial events in all their mayhem and confusion while pointing out the decisive moments that changed the course of history. We see Agincourt, where rain combined with French arrogance to give Henry V the day; the Crimea, where a badly worded order led to the disastrous charge of the Light Brigade; and colonial Africa, where an attack by African killer bees, described by the London Times as Germany’s secret weapon, repulsed an Allied invasion. And in a chilling epilogue, we are given a disturbing glimpse of the secret attempt by Libya to buy atomic weapons from China for use against Israel.

Drawing from a variety of sources, including personal accounts such as soldiers’ diaries and letters home, The Hinge Factor is an instructive, fascinating look at how the unpredictable, the absurd, and the bizarre have shaped the face of history in war.