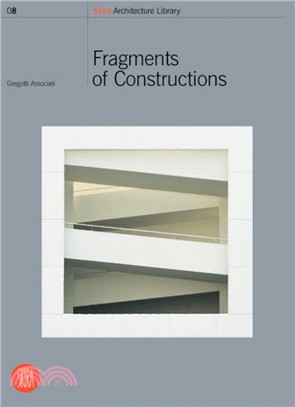 Skira's Library of Architecture Series now includes an entry for one of the standard bearers for modern Italian architecture and design, Gregotti Associati. Founded by Vittorio Gregotti, Gregotti Associati has worked on everything from broad urban renewal plans to corporate offices, to art exhibitions, even yacht design. The Gregotti sites in this "field guide" include public housing projects, university buildings, stadiums, and cultural centers across the Europe. The elegantly designed sketchbook of 30-plus projects clearly demonstrates why Gregotti Associati is included among the firms leading the construction of the new Peggy Guggenheim museum in Venice, and why Europeans look to Gregotti as the exemplar of modernism.
Vittorio Gregotti was born in Novara, Italy in 1927. He founded Gregotti Associati in 1974, of which he is president. He is a professor of Architecture and has taught at the universities of Venice, Milan, and Palermo and been visiting professor at the universities of Tokyo, Lausanne, Harvard, Philadelphia, Princeton, Cambridge and MIT. He was the director of the architectural section of the Venice Biennale from 1974-1976 and since 1999 has been an honorary member of the American Institute of Architects
PrevNext