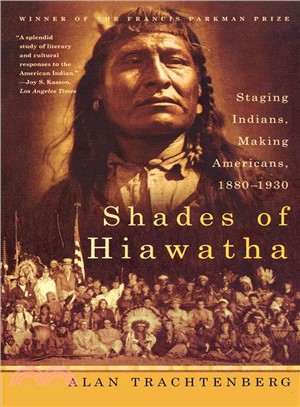 "A book of elegance, depth, breadth, nuance and subtlety." --W. Richard West Jr. (Founding Director of the National Museum of the American Indian), The Washington Post

A century ago, U.S. policy aimed to sever the tribal allegiances of Native Americans, limit their ancient liberties, and coercively prepare them for citizenship. At the same time, millions of new immigrants sought their freedom by means of that same citizenship. Alan Trachtenberg argues that the two developments were, inevitably, juxtaposed: Indians and immigrants together preoccupied the public imagination, and together changed the idea of what it meant to be American.

In Shades of Hiawatha, Trachtenberg eloquently suggests that we must re-create America's tribal creation story in new ways if we are to reaffirm its beckoning promise of universal liberty.
Alan Trachtenberg is the Neil Gray, Jr. Professor Emeritus of English and American Studies at Yale University. His books include Reading American Photographs (H&W, 1989) and The Incorporation of America (H&W, 1982). He lives in Hamden, Connecticut.
PrevNext