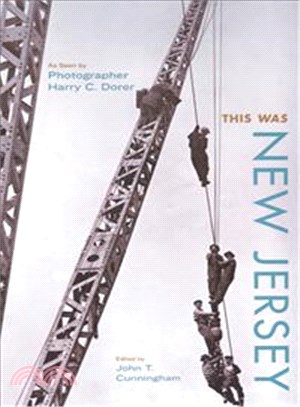 "Harry C. Dorer roamed New Jersey for four decades from 1920 until 1954 with his boxy Speed Graphic camera, capturing for a weekly newspaper the images of what is now a vanished landscape. From the state’s cities and villages to its rural areas to the then-mysterious Pine Barrens and the fishing fleets at the Jersey Shore, Dorer amassed hundreds of images that revealed the region’s rapidly changing countryside, customs, and social dynamics. Distinguished for his journalistic eye, Dorer did not search out “pretty” subjects. His photographs of Pine Barrens residents are both gritty and charming—honest depictions of quiet people living in poverty. His scenes of rural northern New Jersey are equally blunt, bearing stark witness to the rudimentary living conditions in the days before good roads and electricity came to counties such as Sussex and Warren. His photographs of the state’s Ku Klux Klan presence and the tragedy of the passenger ship Morro Castle are raw history. Dorer, however, did have an eye for reader appeal and a sense of beauty as well. His cloud effects are stunning, turning ordinary scenes into landscape portraits. Likewise, his photographs of children, ranging from poor kids in Newark taking an illegal dip in the Wars of America fountain to the children of the Pine Barrens lined up by the family car, are compassionate and delightful. Bringing together more than 300 of Dorer’s photographs, this stunning collection is no ordinary look at New Jersey’s past. Dorer’s always incisive eye provides a visual record of the state’s history that is unsettling, shocking, enchanting, and endearing. Above all, his photographs are a vivid reminder of how much the state has changed."
John T. Cunningham , hailed by the New Jersey Historical Commission as the state's "most popular historian," is the author of numerous books and magazine articles and has produced more than twenty documentary films. He was been awarded nine honorary degrees by New Jersey colleges and institutions and has earned four Awards of Merit from the American Association for State and Local History.
PrevNext