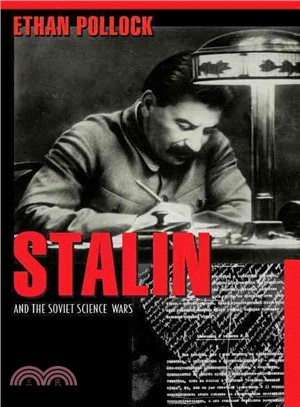 Between 1945 and 1953, while the Soviet Union confronted postwar reconstruction and Cold War crises, its unchallenged leader Joseph Stalin carved out time to study scientific disputes and dictate academic solutions. He spearheaded a discussion of "scientific" Marxist-Leninist philosophy, edited reports on genetics and physiology, adjudicated controversies about modern physics, and wrote essays on linguistics and political economy. Historians have been tempted to dismiss all this as the megalomaniacal ravings of a dying dictator. But in Stalin and the Soviet Science Wars, Ethan Pollock draws on thousands of previously unexplored archival documents to demonstrate that Stalin was in fact determined to show how scientific truth and Party doctrine reinforced one another. Socialism was supposed to be scientific, and science ideologically correct, and Stalin ostensibly embodied the perfect symbiosis between power and knowledge.

Focusing on six major postwar debates in the Soviet scientific community, this elegantly written book shows that Stalin's forays into scholarship can be understood only within the context of international tensions, institutional conflicts, and the growing uncertainty about the proper relationship between scientific knowledge and Party-dictated truths. The nature of Stalin's interventions makes clear that more was at stake than high politics: these science wars were about asserting that the Party was rational and modern, and about codifying the Soviet worldview in a battle for the hearts and minds of people around the globe during the early Cold War. Ultimately, however, the effort to develop a scientific basis for Soviet ideology undermined the system's legitimacy.