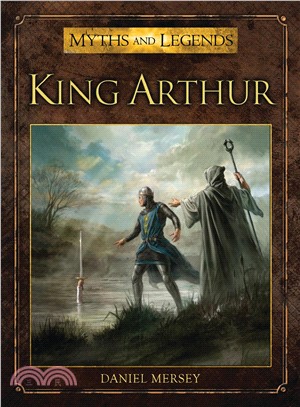 Despite his enduring popularity, King Arthur remains the most enigmatic of Britain's legendary heroes. In this new book, author Dan Mersey retells the great stories of Arthur, while exploring the different facets of Arthurian myth, from the numerous, conflicting theories of his historical origin, through the tales of Welsh folklore and Medieval romance, and concluding with an examination of his various portrayals in the modern media. Presented with both classic and newly commissioned artwork, this book is an easy-to-read, yet highly detailed introduction to the complex body of myth and legend that surrounds Britain's greatest hero.

Born in a tower block named Tintagel House, forced to play the great king in a school play at the age of seven, and an avid reader of Arthurian stories throughout his childhood, it was inevitable that Daniel Mersey would grow up to be fascinated by Arthuriana. An editor and writer, his previous books include Legendary Warriors: Great Heroes in Myth and Reality (Anova, 2002) and Arthur King of the Britons (Summersdale, 2005), and his previous games include Glutter of Ravens (1998) and Song of Arthur and Merlin (2008).