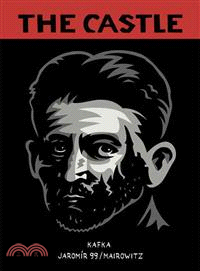 K., arrives in a mountain village buried under deep snows, attempting to gain contact with the the castle, K. repeatedly finds himself misunderstanding confusing and contradictory rules that dictate the daily life of the villagers. Kafka's brooding tale of extreme bureaucracy explores themes of solitude, isolation, loss and companionship.
Franz Kafka (1883–1924) is considered one of the most seminal writers of the early 20th century. David Zane Mairowitz is an author, playwright, radio director, and translator. He lives in France. Jaromir 99 (aka Jaromir ?vejdik) is an artist, musician, and animator. He won the European Academy Award for his animated film Alois Nebel, which is also a graphic novel. He lives in the Czech Republic.
PrevNext