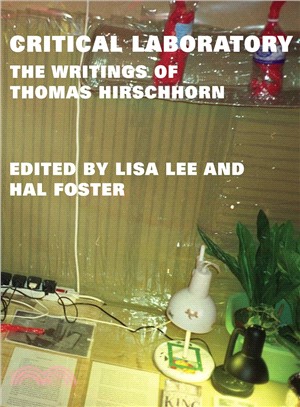 For the artist Thomas Hirschhorn, writing is a crucial tool at every stage of hisartistic practice. From the first sketch of an idea to appeals to potential collaborators, fromdetailed documentation of projects to post-disassembly analysis, Hirschhorn's writings mark thetrajectories of his work. This volume collects Hirschhorn's widely scattered texts, presenting manyin English for the first time.

In these writings, Hirschhorn discusses the fullrange of his art, from works on paper to the massive Presence and Productionprojects in public spaces. "Statements and Letters" address broad themes of aestheticphilosophy, politics, and art historical commitments. "Projects" consider specificartworks or exhibitions. "Interviews" capture the artist in dialogue with BenjaminBuchloh, Jacques Ranciere, and others. Throughout, certain continuities emerge: Hirschhorn'scommitment to quotidian materials; the centrality of political and economic thinking in his work;and his commitment to art in the public sphere. Taken together, the texts serve to trace theartist's ideas and artistic strategies over the past two decades. Critical Laboratoryalso reproduces, in color, 33 Ausstellungen im offentlichen Raum1998--1989, an out-of-print catalog of Hirschhorn's earliest works in publicspace.

Hal Foster is Townsend Martin '17 Professor of Art and Archaeology at Princeton University and the author of Prosthetic Gods (MIT Press) and other books.