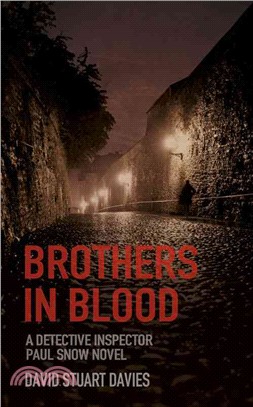 A brutal game devised by three intelligent but bored teenagers escalates into murder. Led by the charismatic and cunning Laurence, the trio of "brothers" meets once a year to carry out untraceable, motiveless murders—for fun. Until, years later, they must murder in order to protect one of their own, leaving themselves vulnerable to discovery. This killing is investigated by Detective Inspector Paul Snow, a man with a secret of his own which links him to the murder. As Snow grows closer to unmasking the killers, his professional life begins to unravel in a terrifying fashion. This dark and chilling thriller surprises and excites all the way to the shocking climax.

David Stuart Davies is the editor of Sherlock Magazine and an expert on Sherlock Holmes, having written five novels, film books, and plays featuring the character. He also edits the Crime Writers' Association's monthly Red Herrings magazine, and is the author of the Johnny Hawke novels, Forests of the Night and Without Conscience.
PrevNext