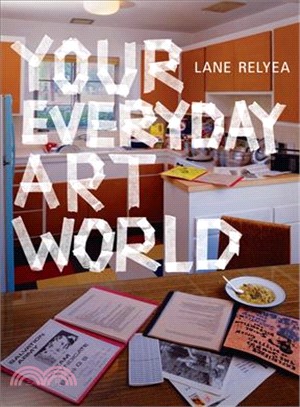 Over the past twenty years, the network has come to dominate the art world, affectingnot just interaction among art professionals but the very makeup of the art object itself. Thehierarchical and restrictive structure of the museum has been replaced by temporary projectsscattered across the globe, staffed by free agents hired on short-term contracts, viewed byspectators defined by their predisposition to participate and make connections. In this book, LaneRelyea tries to make sense of these changes, describing a general organizational shift in the artworld that affects not only material infrastructures but also conceptual categories and theconstruction of meaning.

Examining art practice, exhibition strategies, artcriticism, and graduate education, Relyea aligns the transformation of the art world with the adventof globalization and the neoliberal economy. He analyzes the new networked, participatory art world-- hailed by some as inherently democratic -- in terms of the pressures of part-time temp work in aservice economy, the calculated stockpiling of business contacts, and the anxious duty of being a"team player" at work. Relyea calls attention to certain networked forms of art --including relational aesthetics, multiple or fictive artist identities, and bricolaged objects --that can be seen to oppose the values of neoliberalism rather than romanticizing and idealizingthem. Relyea offers a powerful answer to the claim that the interlocking functions of the network --each act of communicating, of connecting, or practice -- are without political content.

Lane Relyea is Associate Professor and Chair of Art Theory and Practice at Northwestern University and the Editor-in-Chief of Art Journal. His essays and reviews have appeared in such journals as Artforum, Parkett, Frieze, Art in America, and Flash Art.