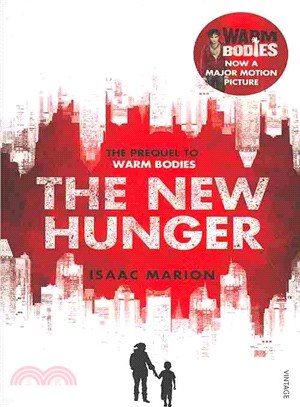 The Guardian called Warm Bodies 'the zombie novel with a heart'; Audrey Niffenegger said 'Warm Bodies is an unexpected treat', and Stephenie Meyer eagerly looked forward to the next book. Here it is: the prequel to Warm Bodies, released to coincide with the major film adaptation from the producers of Twilight, starring Teresa Palmer and Nicholas Hoult.

Julie Grigio drives with her parents through the crumbling wastelands of America – a nightmarish family road trip in search of a new home.

A few hundred miles away, Nora Greene finds herself her brother's reluctant, terrified guardian when her parents abandon them in the not-quite-empty ruins of Seattle.

In the darkness of a forest, a dead man in a red tie opens his eyes. With no memory of who or what he is, he must unravel the grim mystery of his existence - right after he learns how to think, how to walk, and how to satisfy the monster howling in his belly...

Two warped families and a lonely monster. Unknown to any of them, their paths are set to cross in a startling encounter that will change the course of their lives – or deaths – forever.

Isaac Marion was born near Seattle in 1981 and has lived in and around that city ever since. He began writing in high school and self-published three novels before finally breaking through with Warm Bodies. He currently splits his time between writing more novels, playing obscure instruments in obscure bands, and exploring the country in his 1977 GMC motor home. Warm Bodies was published in 2010 and has recently been made into a major motion picture.
PrevNext