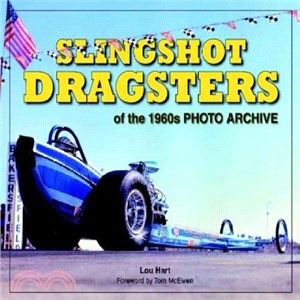 In the early 60s, front-engine dragsters, or slingshots, featured tubular built chassis powered by a variety of power plants, consisting of small-block Chevrolets, Chrysler Hemi's, Ford, Pontiac, Cadillac, Oldsmobile, and Lincoln motors either fueled on Nitro Methane or pump gas. Wheelbases varied from 110 inches in 1962 to over 200 inches in 1969. During the early sixties, racing legend "Big Daddy" Don Garlits ran a series of "Swamp Rat" dragsters which not only dominated the quarter-mile, but many of his creations were made by using experimental aerodynamic parts to give better traction and faster speeds. During a fuel ban from the late 50s to the early 60s, many chassis builders utilized a two-engine power plant to gain more power that was lost due to running pump gas instead of fuel. One of the most popular twin-engine dragsters was the "Fright Train", powered by twin small-block Chevrolets. The dragster was driven by 16-year-old Bob Muraviez who used the alias name of Floyd Lippencott, Jr. to fool his parents who did not approve of his racing. Near the end of the 60s, the Chrysler Hemi came to dominate Top-fuel racing, as it produced tremendous torque and horsepower. These dragsters were the quickest accelerating vehicles in motorsports. Elapsed times in the quarter-mile were ranging from the 8-second bracket in the early 60s to the low 7's late in the decade with speeds over 200 mph.In 1970 at the AHRA Nationals at Lion's Dragstrip (Long Beach, CA), Don Garlits experienced a violent clutch explosion that cut his dragster in two and severed a portion of Don's right foot. After being sidelined for several months, Don returned to racing with an innovative rear-engine, top-fuel dragster, which would eventually spell demise for the front-engine dragsters. Relive the 60s era of the front-engine dragster, nicknamed the slingshot for it's aerodynamic design in crisp high quality color and black and white photos. Enjoy memorable moments from some of the famed drivers that are highlighted throughout this book.
Lou Hart has been covering the sport of drag racing for over 30 years. He sells his vintage photos at swap meets, and usually charges about the same price as this book for one or two photos. He has also authored Drag Racing Funny Cars of the 1960s Photo Archive, Slingshot Dragsters of the 1960s Photo Archive, and co-author of Drag Racing Funny Cars of the 1970s Photo Archive.
PrevNext