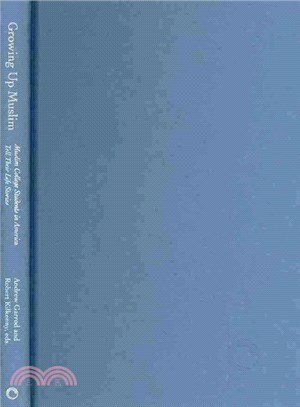 “While 9/11 and its aftermath created a traumatic turning point for most of the writers in this book, it is telling that none of their essays begin with that moment. These young people were living, probing, and shifting their Muslim identities long before 9/11. . . . I’ve heard it said that the second generation never asks the first about its story, but nearly all the essays in this book include long, intimate portrayals of Muslim family life, often going back generations. These young Muslims are constantly negotiating the differences between families for whom faith and culture were matters of honor and North America’s youth culture, with its emphasis on questioning, exploring, and inventing one’s own destiny."—from the Introduction by Eboo Patel

In Growing Up Muslim, Andrew Garrod and Robert Kilkenny present fourteen personal essays by college students of the Muslim faith who are themselves immigrants or are the children of immigrants to the United States. In their essays, the students grapple with matters of ethnicity, religious prejudice and misunderstanding, and what is termed Islamophobia. The fact of 9/11 and subsequent surveillance and suspicion of Islamic Americans (particularly those hailing from the Middle East and the Asian Subcontinent) have had a profound effect on the lives of these students. The shift in official policies and everyday habits that occurred subsequent to the attacks on New York and Washington D.C. has had an influence on the lives of these undergraduates, their families, and their communities of origin.