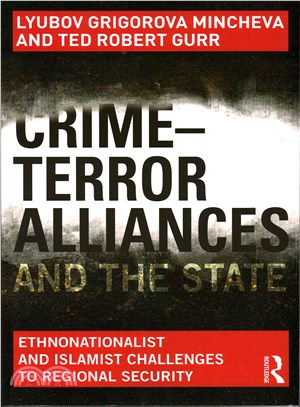 This book examines the trans-border connections between militant and criminal networks and the relationship between these and the states in which they operate.

This book extends the concept of unholy alliances to include the trans-state criminal syndicates that arise in failed and dysfunctional states, exemplified by Serbia and Bulgaria during their post-Communist transitions. To deal with this complex and unconventional subject, the authors develop a theoretical framework that looks at four kinds of factors conditioning the interaction between the political and the criminal: trans-state identity networks, armed conflict, the balance of market opportunities and constraints, and the role of unstable and corrupt states. The volume also examines actors at two levels of analysis: the structure and activities of militant (and/or criminal) networks, and the policies of state actors that shape and reshape the interaction of opportunities and constraints.

This book will be of much interest to students of terrorism, insurgency, transnational crime, war and conflict studies, and IR in general.

Ted Robert Gurr is Professor Emeritus of Comparative Politics at the University of Maryland and author/editor of over 20 books.