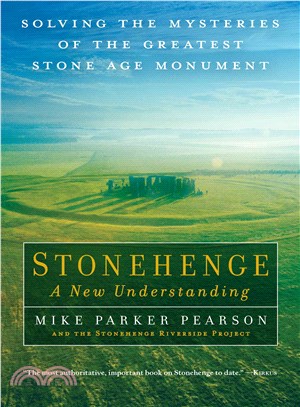 Despite its being one of prehistory’s most alluring landmarks, before the Stonehenge Riverside Project led by noted archeologist Mike Parker Pearson, only half of Stonehenge itself—and far less of its surroundings—had ever been investigated, and many records from previous digs are inaccurate or incomplete.

With fresh evidence based on seven years of unprecedented access to the Stonehenge World Heritage Site, this excavation replaces centuries of speculation about even the most fundamental mysteries of Stonehenge with hard proof. Stonehenge changes the way we think about the site, correcting previously erroneous dating, filling gaps in our knowledge about its builders and how they lived, clarifying the monument’s significance both celestially and as a burial ground, and contextualizing Stonehenge—which sits at the center of one of the densest prehistoric settlements in history—within the broader landscape of the Neolithic Age.

Mike Parker Pearson is professor of archaeology at Sheffield University and an internationally renowned expert in the archaeology of death. The author of fourteen books and over 100 academic papers, he led the Stonehenge Riverside Project from 2003 to 2009. He has appeared in the National Geographic Channel documentary Stonehenge Decoded and in the NOVA episode “Secrets of Stonehenge.”
PrevNext