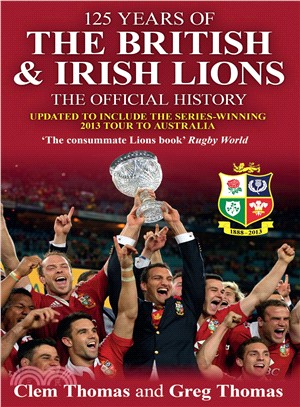 The British & Irish Lions are one of the most famous and feted teams in the world of rugby. This book covers the period of the Lions' existence, from the first recorded rugby tour of Australia and New Zealand in 1888 to the series winning tour to Australia in 2013.

Clem Thomas was an outstanding Swansea flanker who earned 26 caps for Wales between 1949 and 1959. He was a British and Irish Lion in 1955 on the tour to South Africa. After retiring from rugby, he became a respected journalist and completed work on the first edition of this book prior to his death. Greg Thomas is Clem Thomas' son. He is a former Swansea and London Welsh center/wing and student international for Wales. In 2009 he was appointed head of media and communications for the British and Irish Lions tour to South Africa. Now residing in Sydney, he will once again be part of the Lions management team for their 2013 tour to Australia