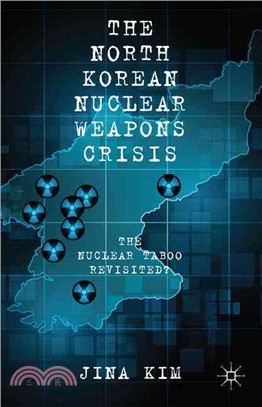 This book explores how North Korea's unique political culture and ideology constructed its approach to the nuclear non proliferation regime, and how its interests in developing nuclear weapons program was shaped by its interactions with the international community. By showing repetitive patterns throughout the first and the second crisis and the constitutive mechanism that led to North Korea's non compliance to the international norm, Kim puts forward a compelling interpretation of the North Korean nuclear crisis with far reaching consequences for future action and debate.
Examining the international, regional, and domestic variables which Pyongyang used to rationalize its pursuit of a nuclear weapons program, this book shows the dialectical development of the North Korean nuclear crisis and analyzes what caused a recurrence of similar patterns in North Korea's behaviour. Understanding the obstacles generated by complex internal Korean dynamics and conflicting interests amongst the major players concerned, Jina Kim outlines key policy implications and better ways in which to resolve the crisis.
Jina Kim is an Associate Research Fellow at the Korea Institute for Defense Analyses and holds a PhD in International Relations from the Fletcher School of Law and Diplomacy at Tufts University, USA. Her research areas include US-North Korea relations, nuclear non proliferation, and North-East Asia security.
PrevNext