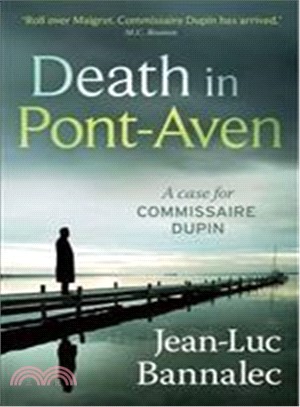 A strange murder in an idyllic French seaside village, a major family tragedy, and a puzzling secret await Commissioner Dupin in this captivating whodunit thriller

At the Central Hotel in Pont Aven, Brittany, 91-year-old manager Pierre-Louis Pennec is found murdered. Police commissioner George Dupin and his team takes on the investigation and narrow the list of suspects down to five people, including the manager of a rival hotel, a longtime friend of the victim, and a wealthy art historian. Further incidents—first a break-in, then another mysterious death—muddy the waters yet more. As Commissioner Dupin delves further and further into the lives of the victim and the suspects, he uncovers a web of secrecy and criminality that belies the village's idyllic image. A surprise hit in its original German, this book introduces readers to the enigmatic Commissioner Dupin, an idiosyncratic penguin lover and Parisian-born caffeine junkie who resents his superiors—and is equally resented in return. It is a book so atmospheric readers will immediately want to wander through the village's narrow alleyways, breathe in the Atlantic air, and smile at the Breton peculiarities. Spellbinding, subtle, and smart, this crime novel is peppered with cryptic humor and surprising twists.

Jean-Luc Bannalec is a pseudonym. Bretonische Verhaltnisse (Murder, Breton-style), the first case for Detective Dupin, was published in German in March, 2012 and spent many months on the bestseller list. Sorcha McDonagh is a translator.
PrevNext