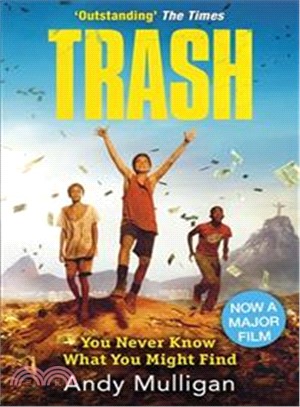 Raphael is a dumpsite boy. He spends his days wading through mountains of steaming trash, sifting it, sorting it, breathing it, sleeping next to it.

Soon Raphael and his friends Gardo and Rat are running for their lives. Wanted by the police, it takes all their quick-thinking and fast-talking to stay ahead. As the net tightens, they uncover a dead man's mission to put right a terrible wrong.

And now it's three street boys against the world...

Andy Mulligan was brought up in South London. He worked as a theatre director for ten years, before travels in Asia prompted him to retrain as a teacher. He has taught English and Drama in Britain, India, Brazil and the Philippines.

Andy's novel Trash has been published in twenty-two languages and will soon be a major motion picture directed by Stephen Daldry and scripted by Richard Curtis.