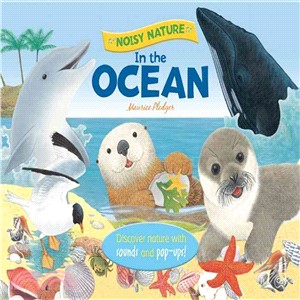 Pop-ups and sounds introduce some of the marine life that can be found in or near the ocean, including dolphins, seals, and seagulls.
Maurice Pledger is an internationally-acclaimed artist known for his realistic and detailed illustrations of animals and wildlife. He's had no formal art training, but achieves the realism and detail in his beautiful artwork by spending hours in the field observing, sketching, and studying his subjects in their natural environment. First published at age 17, he has since had his illustrations featured on greeting cards, prints, gifts, and books. He has created several successful series, including Sounds of the Wild, Peek-and-Find, Nature Trails, and Pledger Sticker Books. He was the recipient of the 1992 Francis Williams Illustration Award for the Best Descriptive Illustration. This honor is given only once every five years by the Victoria and Albert Museum in London.
PrevNext