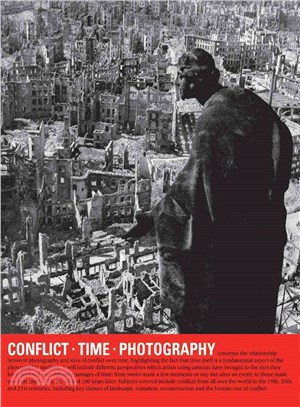 Vividly illustrated, Conflict, Time, Photography zeroes in on war and its aftermath, highlighting the fact that time itself is a fundamental aspect of the photographic medium. The images presented here articulate a range of photographic perspectives, and include photographs made a few moments or a few days after an event as well as those made several years, decades, or even a century later. Spanning the globe, this eye-opening book reveals conflicts of the 19th, 20th, and 21st centuries in new and thought-provoking ways. Over days, months, and years, the war-torn landscapes, urban ruination, peacetime reconstruction, and human cost of war explored here expose new dimensions of conflict.
Simon Baker is curator of photography and international art at Tate Modern.
PrevNext