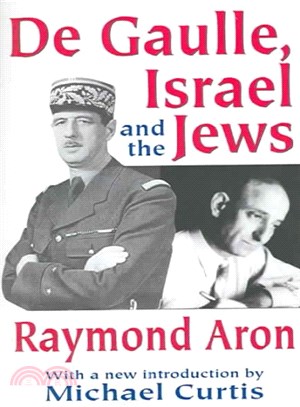 The lives of Raymond Aron and Charles de Gaulle intersected at significant moments in twentieth-century history, though they differed on many issues during World War II and over the subsequent decades. Aron, for example, distinguished between the attitude and responsibility of the Vichy government and the French Nazi collaborators in Paris, unlike de Gaulle, who regarded anyone who obeyed Marshal Petain as a traitor. In the postwar period, Aron differed from de Gaulle on a number of issues, including Algeria. But the strongest direct criticism by Aron of de Gaulle's language and policy resulted after a 1967 press conference, where he referred to Jews as "an elite people, self-assured and domineering." This comment led Aron to write DeGaulle, Israel and the Jews. Aron saw de Gaulle conflating the issues of Israel and that of French Jews, and the question of Israeli policy in 1967 and other times. He stressed the right of individuals to be, at the same time, French and Jewish, and raised the question of whether de Gaulle intended to deliver a message to the Jews in the Diaspora or simply wanted to attack those in Israel. While Aron did not accuse de Gaulle of anti-Semitism, he felt that for the first time in postwar Europe, a leader had used language that lent respectability to anti-Semitism and made it legitimate. De Gaulle, Israel and the Jews, translated from the French by John Sturrock and graced with a new introductory essay by Michael Curtis, allows us the opportunity to raise questions about de Gaulle and his policy in the Middle East. Was he anti-Semitic? What were his real attitudes and policies toward Israel, and how did they relate to his policies on the Middle East and on international affairs? This is a volume of contemporary relevance for students of political science, Middle East affairs, and international policy. Raymond Aron (1905-1983) was the foremost political and social theorist of post-World War II France. He authored more than forty books, including Main Currents in Sociological Thought and The Opium of the Intellectuals, both published in new editions by Transaction. Michael Curtis, now retired, was professor of political science at Rutgers University. He is the author or editor of several books, including Marxism: The Inner Dialogues and Totalitarianism, both available from Transaction.