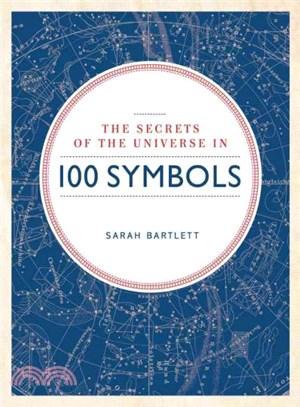 Explore The Secrets of the Universe in 100 Symbols with this beautifully illustrated compendium of 100 diverse arcane tools and writings said to hold the key to the mysteries of the universe. From the Aztec Calendar Stone and the Spear of Destiny to magic circles and Navaho sand paintings, each relic, symbol, and depiction is presented and analysed in detail to reveal the beliefs and practices of past civilizations from all around the globe. Philosophers, astrologers, prophets, poets, and artists from every age and culture have whispered secrets to pharaohs, statesmen, kings, and queens. In Renaissance Europe, two powerful women - Catherine of Medici and, later, Elizabeth I of England - patronized the most important magi of the time. John Dee's obsidian mirror revealed the future of the nation to Elizabeth, while Nostradamus divulged spiritually inspired prophecies to Catherine at the Musee du Louvre in Paris. Engaging and informative text brings to light the secrets and intrigues that surround each mysterious object and the obscure arts of the people who used them, and highlights how to decode their signs and symbols.

John Julius Norwich is the author of histories of Byzantium, Venice, and the Mediterranean. He has written and lectured on various aspects of world architecture and made a six-part television series for the BBC on the Antiquities of Turkey.

Anna Amari Parker has traveled through Europe, Asia, and Latin America as a writer and editor. She has written on Dante Alighieri’s Divine Comedy and contributed to the Encyclopedia of Decorative Arts. She lives and works in London.

Stephen Anthony Murphy worked as an archaeologist for several years working and living in a number of countries, including Ireland, England, France, Thailand, Singapore, and Japan. He is currently working on a PhD in Southeast Asian Archaeology at the School of Oriental and African Studies, London.

Sarah Bartlett is the author of several spiritual and occult books, including the bestselling 'Tarot Bible' and the 'Essential Guide to Psychic Powers.' An astrologer for many women's magazines such asUK Cosmopolitan, She, Spirit and Destiny, and the London Evening Standard, Sarah currently contributes to BBC Radio 2 show, Steve Wright in the Afternoon, as well as to www.theastrologyroom.com, of which she is a founding member. She has recently written 'Supernatural Places' for National Geographic, and 'The Afterlife Bible' for Octopus. Dividing her time between London and the south of France, Sarah teaches and practices astrology, tarot, Wicca and other occult arts.

John Haywood is a professional historical writer and honorary research fellow at Lancaster University. He is the author of over a dozen books on ancient and medieval history, includingThe Dark Ages: Building Europe (Thalamus, 2008).

Simon Tait is an arts journalist whose articles have appeared in The Independent and The Times. He is also editor of the National Heritage magazine Museum News.

Peter Furtado was editor of History Today magazine from 1998 to 2008. He holds degrees in history and art history from Oxford University, and over the last 30 years has edited many reference works on world history, including the Atlas of World History, published by Cassell in 1998 and described by the Daily Telegraph as "wholly admirable . . . a great achievement." His 1001 Days that Changed the World was published in 2008. He is a fellow of the Royal Historical Society.

Brian Fagan is an author of popular archaeology books as well as being Emeritus Professor of Anthropology at the University of California, Santa Barbara, CA. He has written or edited 46 books, and contributed more than a hundred specialist papers to national and international journals. He is a contributing editor to American Archaeology and Discover Archaeology magazines, and formerly wrote a regular column for Archaeology Magazine. He serves on the editorial boards of six academic and general periodicals.

Louise Cooke is an archaeologist with a special interest in the archaeology, conservation, and contemporary use of earthen architecture. Her research has focused on Central Asia and in particular the World Heritage Site of Merv, Turkmenistan. She is based in the UK.