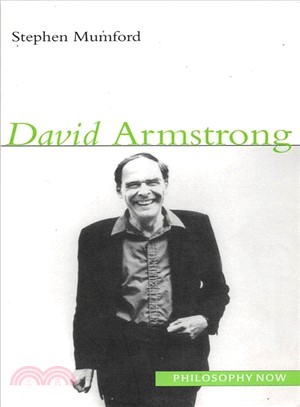 David (D.M.) Armstrong is one of Australia's greatest philosophers. His chief philosophical achievement has been the development of a core metaphysical program that covers the topics of universals, laws, modality, and facts - a naturalistic metaphysics, consistent with a scientific view of the natural world. Stephen Mumford offers an introduction to the full range of Armstrong's thought. Beginning with a discussion of Armstrong's naturalism - his most general commitment - and his realism about universals, Mumford then examines Armstrong's theories of laws, modality, and dispositions, which are the basics of his core theory. With this in place, Mumford explores Armstrong's ideas on perception, mind, and belief before returning to metaphysics in the final chapters, looking at truth and the new view of instantiation. The book is a dispassionate, fair, and unbiased account of Armstrong's thought which considers the areas of weakness in his work while encouraging further debate.
Stephen Mumford is professor of metaphysics at the University of Nottingham.
PrevNext