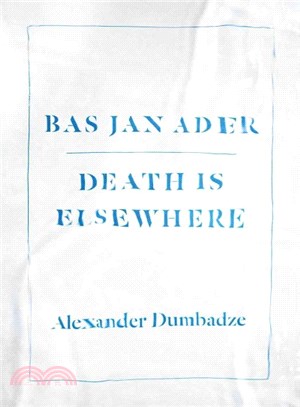 On July 9, 1975, Dutch-born artist Bas Jan Ader set sail from Chatham, Massachusetts, on a thirteen-foot sailboat. He was bound for Falmouth, England, on the second leg of a three-part piece titledIn Search of the Miraculous. The damaged boat was found south of the western tip of Ireland nearly a year later. Ader was never seen again.
Since his untimely death, Ader has achieved mythic status in the art world as a figure literally willing to die for his art. Considering the artist’s legacy and concise oeuvre beyond the romantic and tragic associations that accompany his peculiar end, Alexander Dumbadze resituates Ader’s art and life within the conceptual art world of Los Angeles in the early 1970s and offers a nuanced argument about artistic subjectivity that explains Ader’s tremendous relevance to contemporary art.
Bas Jan Ader blends biography, theoretical reflection, and archival research to draw a detailed picture of the world in which Ader’s work was rooted: a vibrant international art scene populated with peers such as Ger van Elk, William Leavitt, and Allen Ruppersberg. Dumbadze looks closely at Ader’s engagement with questions of free will and his ultimate success in creating art untainted by mediation. The first in-depth study of this enigmatic conceptual artist,Bas Jan Ader is a thoughtful reflection on the necessity of the creative act and its inescapable relation to death.
Alexander Dumbadze is associate professor of art history at George Washington University.
PrevNext