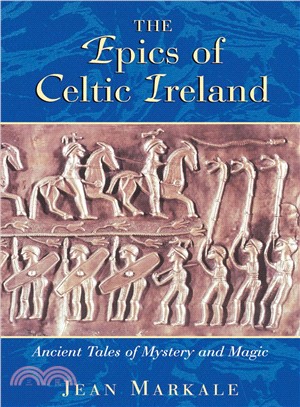 . Restores the true Celtic morality and sentiment to these tales, which were expurgated by Christian monks.

. Reveals how deeply these mythic tales have shaped modern sensibility.

Some of the most powerfully moving tales in Western literature are to be found in the epics of Celtic Ireland. Heroes and heroines like Finn Mac Cool, Grainne, and Cuchulainn are now familiar names, and their exploits have even been novelized for the contemporary reader. But the value of these stories extends far beyond mere entertainment. In Celtic myth the adventure of a hero and a warrior is not only an instinctive search for answers to the great human metaphysical problems, but also a palpable, even sensual experience. The dividing line between sacred and profane is forever shifting in ways that can be shocking, if not incomprehensible, to a person accustomed to the logical systems based on classical thought.

Distrustful of the written word, Celtic druids forbade anything involving their tradition from being put into writing. However, Christian monks chose to preserve all they could of the oral tradition on paper. Unfortunately, they did not hesitate to alter what they couldn't comprehend, or what their Christian sensibilities found shocking. In this collection of some of the most important narratives in the rich Irish tradition, Jean Markale restores these texts to their original form and reveals how the Celtic spirit is on the verge of reclaiming its rights.

Poet, philosopher, historian, and storyteller, Jean Markale is the author of more than 40 books on pre-Christian societies, including The Druids, The Grail, The Celts, Merlin, Women of the Celts, and King of the Celts. He is a specialist in Celtic studies at the Sorbonne and lives in the Brittany region of France.
PrevNext