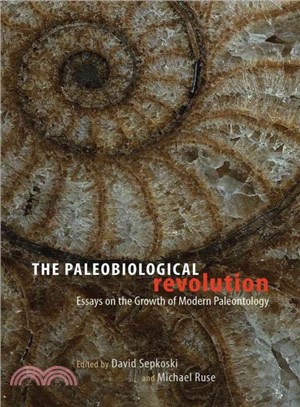 The Paleobiological Revolution chronicles the incredible ascendance of the once-maligned science of paleontology to the vanguard of a field. With the establishment of the modern synthesis in the 1940s and the pioneering work of George Gaylord Simpson, Ernst Mayr, and Theodosius Dobzhansky, as well as the subsequent efforts of Stephen Jay Gould, David Raup, and James Valentine, paleontology became embedded in biology and emerged as paleobiology, a first-rate discipline central to evolutionary studies. Pairing contributions from some of the leading actors of the transformation with overviews from historians and philosophers of science, the essays here capture the excitement of the seismic changes in the discipline. In so doing, David Sepkoski and Michael Ruse harness the energy of the past to call for further study of the conceptual development of modern paleobiology.

David Sepkoski is a senior research scholar at the Max Planck Institute for the History of Science. He is the author ofRereading the Fossil Record: The Growth of Paleobiology as an Evolutionary Discipline, also published by the University of Chicago Press. Michael Ruse is the Lucyle T. Werkmeister Professor of Philosophy and director of the Program in the History and Philosophy of Science at Florida State University. He is the author or editor of nearly thirty books, includingThe Gaia Hypothesis: Science on a Pagan Planet, also published by the University of Chicago Press.