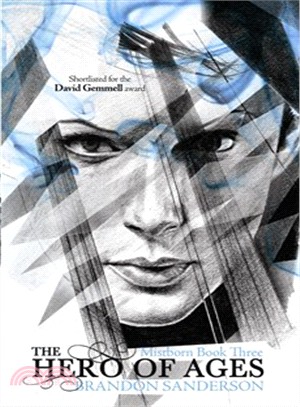 The Mistborn saga comes to its thrilling conclusion, as an acclaimed epic commercial fantasy comes to the UK for the first time.
Tricked into releasing the evil spirit Ruin while attempting to close the Well of Ascension, new emperor Elend Venture and his wife, the assassin Vin, are now hard-pressed to save the world.

This adventure brings the Mistborn epic fantasy trilogy to a dramatic and surprising climax as Sanderson's saga offers complex characters and a compelling plot, asking hard questions about loyalty, faith and responsibility.

Brandon Sanderson was born in Nebraska in 1975. Since then he has written the Mistborn series, amongst others, become a NEW YORK TIMES bestselling author and been hailed as the natural successor to Robert Jordan. He lives in Utah.
PrevNext