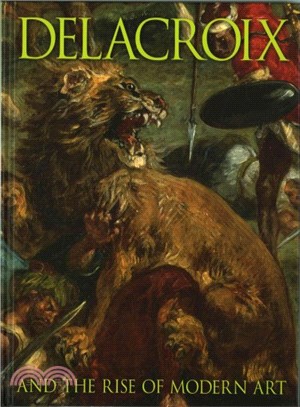 Eugene Delacroix (1789–1863), a dominant figure in 19th-century French art, was a complex and contradictory painter whose legacy is deep and enduring. This important, beautifully illustrated book considers Delacroix in his own time, alongside contemporaries such as Courbet, Fromentin, and the poet Charles Baudelaire, as well as his significant influence on successive generations of artists.

Delacroix’s paintings and his posthumously published Journals laid crucial groundwork for immediate successors including Cezanne, Degas, Manet, Monet, and Renoir. Later admirers including Seurat, Gauguin, Moreau, Redon, Van Gogh, and Matisse renewed the obsession with his work. Through essays and catalogue entries, the authors demonstrate how Delacroix became mentor and archetype to younger generations who sought direction for their own creative experiments, and found inspiration in Delacroix’s brilliant use of color, audacious technique, and rebellious nature.

Patrick Noon is Elizabeth MacMillan Chair of Paintings at the Minneapolis Institute of Arts.Christopher Riopelle is curator of post-1800 paintings at the National Gallery, London