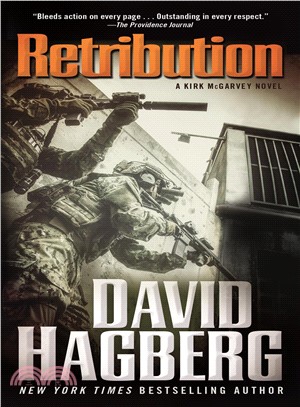 David Hagberg's New York Times bestselling Kirk McGarvey series continues inRetribution, with a deadly mission to take down a monstrous serial killer
On May 1, 2011, a team of twenty-four members of US SEAL Team Six swooped down on the compound of Osama bin Laden in Abbottabad, Pakistan. Their mission, code-named Neptune Spear, was to find and kill the terrorist leader. The mission was a success.

Since that day, elements of the government of Pakistan have harbored a deep hatred for the SEALs who violated their sovereign territory. Now they've hired a team of German assassins to kill all twenty-four of the ST6 operators…and only one man stands a chance of stopping them: legendary former Director of the CIA Kirk McGarvey.

DAVID HAGBERG is a former Air Force cryptographer who has traveled extensively in Europe, the Arctic, and the Caribbean, and has spoken at CIA functions. He has published more than seventy novels of suspense, including the bestsellingAllah's Scorpion, Dance with the Dragon, and The Expediter. He makes his home in Sarasota, Florida.