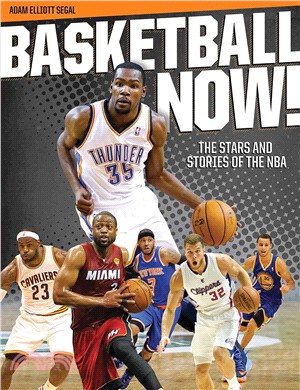 Basketball is a flashy, fast-paced sport with swagger and attitude to match. Basketball Now! presents the best players in the NBA today--those who back up their swagger with a serious game every time.

From hyped rookies to bona fide superstars, Basketball Now! is packed with 60 profiles and more than 130 action images. From Kobe and Lebron to Stephan Curry and Kevin Durant, here are just some of the stars:

Adam Elliott Segal also gives readers a tour of the NBA universe, including a chapter on international stars, as well as essays on the draft, the Slam Dunk contest and the role of the clutch shooter.

Basketball Now! is the only book in the market that focuses on the best NBA stars playing the game today.

Adam Elliott Segal is a sports writer whose work has appeared in Sportsnet Magazine andenRoute. His first book was MMA NOW!