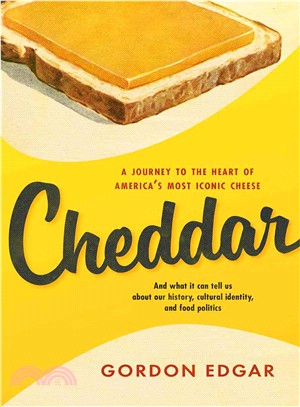 And what it can tell us about our history, cultural identity, and food politics

One of the oldest, most ubiquitous, and beloved cheeses in the world, the history of cheddar is a fascinating one. Over the years it has been transformed, from a painstakingly handmade wheel to a rindless, mass-produced block, to a liquefied and emulsified plastic mass untouched by human hands. The Henry Fordism of cheddar production in many ways anticipated the advent of industrial agriculture. They don’t call it “American Cheese” for nothing.

Cheddar is one man’s picaresque journey to find out what a familiar food can tell us about ourselves. Cheddar may be appreciated in almost all American homes, but the advocates of the traditional wheel versus the processed slice often have very different ideas about food. Since cheddar—with its diversity of manufacturing processes and tastes—is such a large umbrella, it is the perfect food through which to discuss many big food issues that face our society.

More than that, though, cheddar actually holds a key to understanding not only issues surrounding food politics, but also some of the ways we think of our cultural identity. Cheddar, and its offshoots, has something to tell us about this country: the way people rally to certain cheddars but not others; the way they extol or denounce the way others eat it; the role of the commodification of a once-artisan cheese and the effect that has on rural communities. The fact that cheddar is so common that it is often taken for granted means that examining it can lead us to the discovery of usually unspoken truths.

Author Gordon Edgar (Cheesemonger: A Life on the Wedge) is well equipped to take readers on a tour through the world of cheddar. For more than fifteen years he has worked as an iconoclastic cheesemonger in San Francisco, but his sharp talent for observation and social critique were honed long before then, in the world of ’zines, punk rock, and progressive politics. His fresh perspectives on such a seemingly common topic are as thought-provoking as they are entertaining.