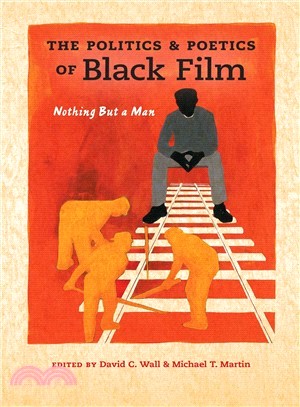 Written and directed by two white men and performed by an all-black cast, Nothing But a Man (Michael Roemer, 1964) tells the story of a drifter turned family man who struggles with the pressures of small-town life and the limitations placed on him and his community in the Deep South, an area long fraught with racism. Though unmistakably about race and civil rights, the film makes no direct reference to the civil rights movement. Despite this intentional absence, contemporary audiences were acutely aware of the social context for the film's indictment of white prejudice in America. To help frame and situate the film in the context of black film studies, the book gathers primary and secondary resources, including the original screenplay, essays on the film, statements by the filmmakers, and interviews with Robert M. Young, the film’s producer and cinematographer, and Khalil Gibran Muhammad, the Director of the Schomburg Center for Research in Black Culture.

Michael T. Martin is Director of the Black Film Center/Archive and Professor in the Departments of Communication and Culture and American Studies at Indiana University Bloomington.