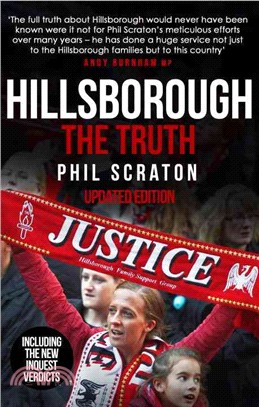 This is the definitive, unique account of the disaster in which 96 men, women and children were killed, hundreds injured and thousands traumatised. It details the appalling treatment endured by the bereaved and survivors in the immediate aftermath, the inhumanity of the identification process and the vilification of fans in the national and international media. In 2012, Phil Scraton was primary author of the ground-breaking report published by the Hillsborough Independent Panel following its new research into thousands of documents disclosed by all agencies involved.

Against a backdrop of two decades' persistent struggle by bereaved families and survivors, in this new edition he reflects on the Panel's in-depth work, its revelatory findings and their unprecedented impact - an unreserved apology from the Prime Minister; new criminal investigations; the Independent Police Complaints Commission's largest-ever inquiry; the quashing of 96 inquest verdicts; a review of all health and pathology policies. Paving the way for truth recovery and institutional accountability in other controversial cases, he reviews the process and impact of the new inquests, from the preliminary hearings to their conclusion. Powerful, disturbing and harrowing, Hillsborough: The Truth exposes the institutional complacency that led inevitably to the tragedy and tells how the interests of ordinary people are marginalised when those in authority sacrifice truth and accountability to protect their reputations.

PHIL SCRATON is a Professor of Criminology in the School of Law, Queen's University, Belfast. He has held visiting scholarships at Monash University, Melbourne and Sydney Law School, University of Sydney. In 2013 he was Karl Lowenstein Fellow at Amherst College, Massachusetts, USA. His primary research includes: controversial deaths and the state; the rights of the bereaved and survivors in the aftermath of disasters.
PrevNext