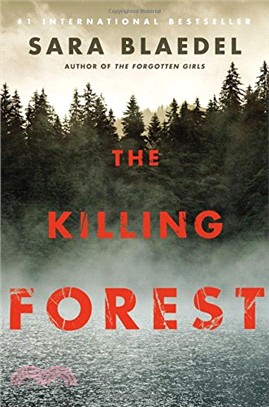 Sara Blaedel, author of the #1 international bestseller The Forgotten Girls--which was roundly praised as "gripping" with "uncompromising realism" (Washington Post) and "tautly suspenseful" (BookPage)--returns with the thrilling next book in her series featuring police investigator Louise Rick.

Following an extended leave, Louise Rick returns to work at the Special Search Agency, an elite unit of the National Police Department. She's assigned a case involving a fifteen-year-old who vanished a week earlier. When Louise realizes that the missing teenager is the son of a butcher from Hvalsoe, she seizes the opportunity to combine the search for the teen with her personal investigation of her boyfriend's long-ago death . . .

Louise's investigation takes her on a journey back through time. She reconnects with figures from her past, including Kim, the principal investigator at the Holbaek Police Department, her former in-laws, fanatic ancient religion believers, and her longtime close friend, journalist Camilla Lind. As she moves through the small town's cramped network of deadly connections, Louise unearths toxic truths left unspoken and dangerous secrets.