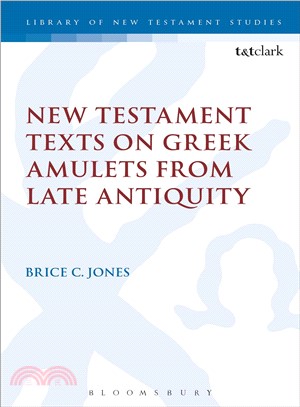 Brice C. Jones presents a comprehensive analysis of Greek amulets from late antique Egypt which contain New Testament citations. He evaluates the words they contain in terms of their text-critical value. The use of New Testament texts on amulets was common in late antiquity. These citations were extracted from their larger Biblical contexts and used for ritual purposes that have traditionally been understood in tterms of the ambbiguous category of 'magic'. Often, these citations were used to invoke the divine for some favour, healing or protection. For various reasons, however, these citations have not played a significant role in the study of the text of the Greek New Testament.

As such, this is the first systematic treatment of Greek New Testament citations on amulets from late antique Egypt. Jones' work has real implications for how amulets and other such witnesses from this era should be treated in the future of the discipline of New Testament textual criticism.